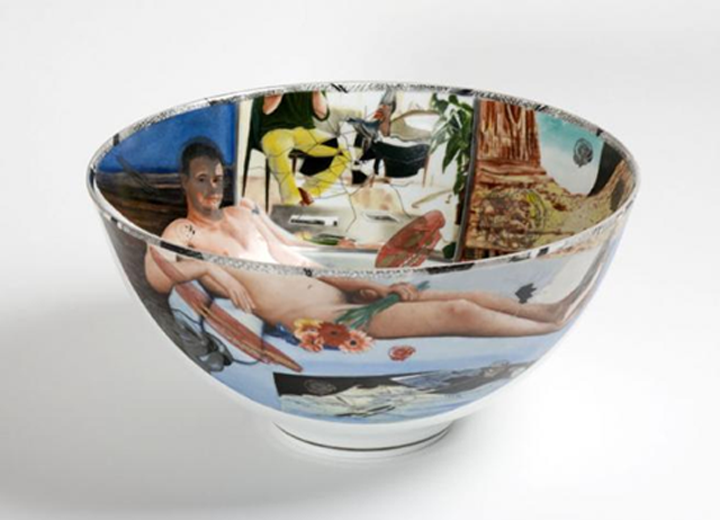 | About the China Research

So many people (more than 100, probably) were involved, in Canada and in China, with this research, from conception to production, to thank them all here. Suffice to say that the work is deeply collaborative and would not exist without the essential contribution of each one of them.

This research is independent yet stems directly from the Ceramics Archive research funded by SSHRC and featured on this website. The exposure to digital technology to create both forms and surfaces directly informed by computers, led to the development of this related work, an independent research that was self-funded at the production level. It was started previously in a more simple way by morphing digitally appropriated media photographs (Abu Ghraib, Vietnam War, etc.) that were then hand-painted in China over porcelain vase forms based on the reversal of a sculptural head form, to change it into an operational, functional vase.

More examples of all these works can be found on my website at paulmathieu.ca, under artworks.